You are here: Find An Agent > Mario Sanfrancesco 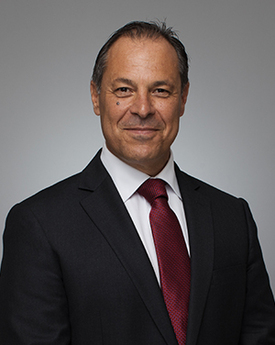 02 6295 24330412 488 027Request AppraisalEmail Marioadd contact details
Mario Sanfrancesco has over twenty years of experience working in the Canberra real estate industry, and is recognised as one of Canberra’s top sales agents, having been involved in thousands of successful transactions throughout his career. Mario has previously been a Principal of his own real estate business since the mid-1990s, and his professionalism, knowledge and leadership resulted in it being awarded the Real Estate Industry ACT Agency of the Year eight times.

He regards his philosophy of constant improvement as his driving force and the key to his success, as he seeks to constantly improve not only his own skills, but to give greater training and focus to his colleagues. He has been a mentor to a number of real estate agents and offices outside of Canberra, who have gone on to be very successful in their own right.

Travelling extensively, Mario has sought out the best real estate professionals both in Australia and overseas in his mission to source great advice and to share skills and knowledge. In doing so, Mario has developed close business relationships with many world class sales agents and mentors, including the renowned Bob Bohlen, who is recognised as one of the best real estate agents in the world and was ranked as America’s number one real estate agent.

Mario is also a highly skilled auctioneer, and his polished techniques and friendly open style consistently achieves great results for his clients at auction. His abilities in this area have landed him numerous awards, and he has been recognised as the Real Estate Institute’s ACT Auctioneer of the Year three times. Mario also enjoys putting his formidable skills to use for the good of society, running numerous charity auctions for The Starlight Foundation, The Canberra Cancerians, The Red Cross, South Care Helicopter and The RSPCA among others.

Mario loves helping his clients achieve their goals. He enjoys seeing people move into their first home just as much as he enjoys seeing clients get a great result from selling their home of fifty years.

Aery helpful and professional
Mario was very helpful and professional. He kept me fully informed of interest during marketing and achieved an outstanding result at the on-line auction.
Personable and Professional
Mario and his team have an extensive knowledge of the inner south market. Matched with his high level of professionalism and undeniable work ethic he was able to deliver a great result in a very uncertain market. He was very responsive to any queries we had throughout the process and we would highly recommend him to sell your property.
Unmatched ability
Having recently both bought and sold a property via Mario, I can attest to Mario's professionalism, skills and expertise in the ACT real estate market. Mario's vast experience and knowledge of the ACT's inner south market is coupled with a courteous, calm and professional approach to selling your house. His team follow Mario's lead and they all really do work like a well-oiled machine. When...
A pleasure to deal with
Mario was a pleasure to deal with. He was able to give us guidance on the process, consult us on aspects of the transaction that were causing us any issues and was able to answer any questions we had.
Professional, honest and consistent
Mario has sold a number of our properties over the years and he has always been professional and honest, and consistently managed to get a good price for us. We have always been satisfied by the service we received. We wouldn't use anyone else.
He communicated clearly and honestly
From the first meeting we had I knew that I had been lucky enough to pick the best agent in Canberra. He communicated clearly and honestly with me every step of the way. He worked really hard and positively to get me to the end result. And in the mindst of a pandemic! Mario also has a great sense of humour - maybe Italian? Well done Mario!
Excellent guidance and advice
Mario provided, with his interment knowledge of the Inner South Canberra market, excellent guidance and advice and together with his very competent team, exceptional service during the sales campaign.
All marketing was undertaken at a very professional level providing quality exposure for our property.
All exhibitions were well conducted and comprehensive reports provided. The...
Highly recommended
Mario and Team Sanfrancecso gave us fantastic support to get our property ready for selling. They helped us with ideas on what presentation work we needed to do and connections to reliable services; everything from choice of conveyancing to window cleaners. Mario and his team were calm and professional throughout the open home and auction process during the evolving COVID-19 situation. His...
We are very happy to recommend
Mario's contribution to us achieving a result in times of great uncertainty (due to COVID-19) was crucial. Throughout the marketing campaign we felt that he maintained a balanced position in supporting our needs as well as those of prospective buyers. His communication skills and commitment to keeping us fully informed were outstanding. Ahead of the auction he ensured that we knew exactly how...
Smooth and professional
Sold in 5 days. Smooth and professional.
Mario knows the Yarralumla market like no other. He worked with us to find the right buyer for our historic little cottage in just 5 days from listing, delivering a great outcome for both parties. Mario worked the phone to ensure the best value proposition for both vendor and buyer.

The team were very professional and responsive
Mario and Team were excellent. We found Mario and his team applied all of their knowledge and experience to achieve the sale and we were very happy with the result we got. The team were very professional and responsive.
Professional, enthusiastic and knowledgeable
Mario was professional, enthusiastic and knowledgeable. From our first meeting until the house was sold on auction day, Mario worked tirelessly to market our house and communicated with us daily. We have now asked him to find something for us to buy. I would recommend Mario to anyone selling or buying a house, particularly in the inner south. Thank you Mario.