You are here: In The News > One month on | Canberra Metro

One month on | Canberra Metro 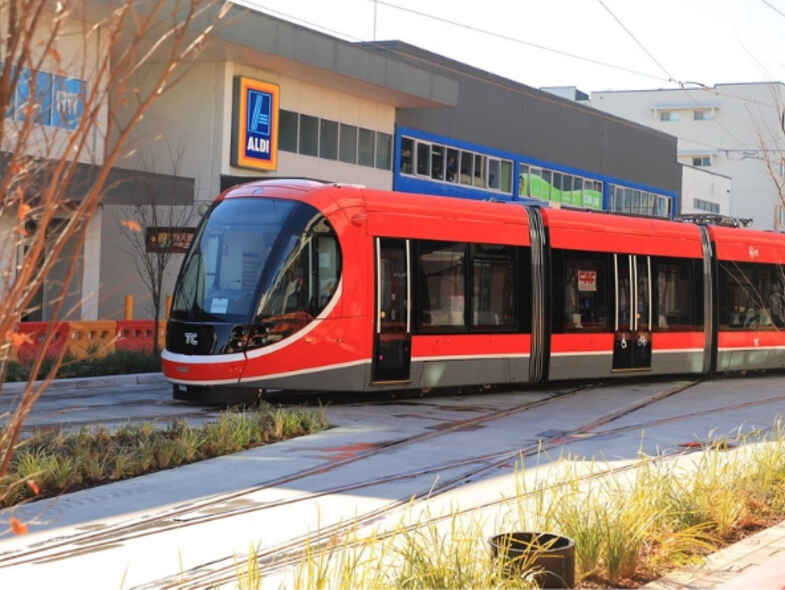 After almost three years of construction, stage one of the new Canberra Metro light rail is finally here and in full swing.

At its launch on 20 April, over 25,000 Canberrans trialled the new 12km, 13-stop route spanning from Gungahlin town centre, along Flemington Road to the Federal Highway, onto Northbourne Avenue and into the City.

Discussions around light rail in the ACT have been a long time in the making, with initial proposals dating back to the early 1990s. However, the idea was born again in the 2012 ACT Election in an agreement between Labor and The Greens to future-proof the territory's public transport network and support population and tourism growth. Currently, over five million people visit the nation’s capital each year, and by 2030, it is estimated that 500,000 people will call Canberra home.

Michael Braddon, Principal of the Peter Blackshaw Gungahlin and Belconnen offices has witnessed the growth of the North Canberra and Gungahlin property market for almost 20 years and welcomes the investment of better infrastructure and greater public transport options for local residents.

“The launch of the Canberra Metro is an exciting time for residents, especially young families and their children who have never been on or seen a modern tram network before,” says Braddon.

However, as with many new major infrastructure projects, there are inevitable teething problems in the early stages. Since its launch, residents have experienced delays at traffic lights, reduced bus services, and at times, the demand for the light rail outweighing supply with some trams reaching capacity (200 people) and not able to pick up commuters at every stop.

​Braddon says it is too early to see the light rail’s impact on property values or local businesses, but he expects the new addition to Canberra’s public transport network will deliver great benefits to the property market and the community in the long term, especially once the teething issues have been addressed.

“There’s no doubt that strong transport links drive economic growth and benefit a city in many ways, especially the property market,” says Braddon. “When it comes to the apartment market in Canberra, it hasn’t experienced strong growth in many years, but apartment owners, investors, and developers are hoping that potential buyers will see properties along the light rail corridor as an attractive long-term investment. Likewise, renters will likely have more choice of properties close to the Canberra Metro line.”

In recent years, the Gungahlin to City corridor has seen significant development across residential and commercial property, particularly along Flemington Road and Northbourne Avenue and in the Gungahlin town centre with new government offices. These upgrades, plus the addition of Canberra Metro, has spurred many ACT businesses to move their office premises closer to the rail line to improve accessibility for employees and customers. Braddon says the next step should be to bring more services and facilities to the light rail line, especially near tram stops — including shops, cafes and car parks — to better support the network and encourage more commuters.

What’s next for Canberra light rail?

The ACT Government expects the Canberra Metro project will span at least 20 years, with an anticipated one to two phases to be delivered every decade.

The second stage, due by 2025, will continue from the City through to the Woden town centre. Once complete, it is estimated to move 39,000 people daily over 600 potential journeys between Gungahlin and Woden.

For the light rail to benefit the Canberra community in the long term, Braddon says the network needs to expand across all major town centres and transport hubs.

The ACT Government has announced future phases are expected to include routes from Belconnen to the Canberra International Airport, Barton to Fyshwick, Woden to Tuggeranong, Woden to Molonglo Valley and the City and Belconnen to Kippax, with planning and community consultation to commence in the near future.

To discuss how the Canberra Metro light rail may affect your property, please contact your local Peter Blackshaw office.